Skip to main content
We are now Vermont Law and Graduate School. Learn more here »
Institute for Energy and the Environment

Publications of the Institute of Energy and the Environment

​​​​​​The institute generates a number of publications related to its research endeavors.​ 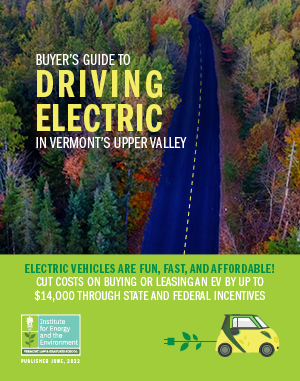 Electric vehicles are fun, fast, and affordable. Cut costs on buying or leasing and EV by up to $14,000 through state and federal incentives.

The Continuing, Catastrophic Failure of U.S. Pandemic Policy to Protect Public Health and the Economy

A follow up to his previous article, The Political Economy of Pandemic Policy, by Dr. Mark Cooper. His most recent article is an update of his earlier analysis, which covered the first 6-months of the Trump administration's COVID policy response.

By Senior Fellow for Economic Analysis at the Institute for Energy and the Environment, Mark Cooper, this paper explores why market fundamentalism and the Trump Administration has failed to protect public health and the economy during the COVID-19 pandemic.

Improving the Cybersecurity of the Electric Distribution Grid - Phase 2 Report

The Phase 2 Report, commissioned by Protect our Power, defines potential solutions to overcoming the barriers detailed in the Phase 1 Report and identifies specific ways that utilities, regulators, state legislators, governors and federal agencies can work together to implement practical solutions to overcome critical grid concerns.

IMPROVING THE CYBERSECURITY OF THE ELECTRIC DISTRIBUTION GRID - Phase 1 Report

The report was commissioned by Protect our Power, a non-profit organization focused on grid security. The report identifies barriers to addressing the growing risk and presents best practices to assist state electricity utility commissions and their regulated utilities to increase investment in enhanced security.

This paper by Dr. Mark Cooper, Senior Fellow for Economic Analysis, uses a rigorous cost benefit approach to analyze the aspirations of the Green New Deal in the electricity sector and assess the role of central station facilities, particularly nuclear power, in meeting those goals.

A coalition of researchers including the North Carolina Clean Energy Technology Center and Vermont Law School's Institute for Energy and the Environment researched ways to combine publicly available mapping data with confidential information from utilities and government agencies to better identify households in need of energy efficiency services. The goal was to help overcome the dual challenge that low income households face when paying energy bills. Older homes tend to be less efficient, and energy costs eat up a greater percentage of the household's income.

This April 2018 report prepared for the Vermont Low Income Trust for Electricity (VLITE), Inc. examines how to give low-income customers equitable access to the benefits of solar as the renewable energy resource becomes an increasingly cost-effective option to meet clean energy goals.

This Utility Dive Commentary by Professor Kevin B. Jones argues that a carbon charge in PJM could be designed to eliminate the need for out of market ZEC payments to nuclear generation and significantly reduce state payments for renewable energy credits while speeding the clean energy transition.

The Electric Battery:  Charging Forward to a Low-Carbon Future

​This new book from Praeger publishing (April 2017) was authored by Professor Kevin B. Jones, Climate and Energy Media Fellow Benjamin B. Jervey, and Matthew Roche (JD'16) and Sara Barnowski (JD'17) all members of the IEE Smart Grid Project.  According to the publisher "The book provides an unprecedented and easy-to-understand explanation of both the policy issues and technological​ challenges facing the battery in the quest to significantly reduce humanity's collective "carbon footprint" on the earth."  You can learn more at ABC-CLIO or at Amazon.com.

More than 1.1 million homes in the United States have solar panels. Real estate multiple listing services (MLS) do not have a standardized method of reporting solar features which affects both sellers and buyers. Auto-populating solar data into MLS will allow sellers to capitalize on the value of their home and it will give more information to buyers seeking to purchase a solar home. Accessing the solar data is the key to auto-populating MLS and unlocking the value of solar.

Capturing the Sun provides a roadmap for unlocking the value of solar data. The Roadmap guides solar and real estate professionals through key challenges and provides the best path forward to get solar data into MLS.  The Institute, working as a subcontractor to a Lawrence Berkeley National Laboratory (LBNL) DOE grant, identified key legal hurdles limiting access to solar data. The Institute developed consent mechanisms to unlock existing solar data and crafted contract clauses to facilitate the transfer of future solar data. Read the report here: capturing the sun.pdf

Securing our energy future: three international perspectives on microgrids and distributed renewables as a path toward resilient communities​​

This paper examines three diverse microgrid cases in the US, Canada, and the European Union. It explores how microgrids can help build resilient communities, facilitate distributed renewable energy, and ultimately lead to a secure energy future. The cases include both urban and remote settings and compare the social, legal, and policy lessons learned from these cases to advance microgrid policy for long-term community resilience.​​​  The Co-Authors are Kevin B. Jones, Mark James, and Roxana-Andreea Mastor of the IEE and the article is to be published in a special sustainability edition of the Journal of Environmental Hazards.

In Chapter 4 in Innovation and Disruption at the Grid’s Edge, a book from Academic Press that examines the viable developments in peer-to-peer transactions enabled by open platforms on the grid’s edge the IEE Smart Grid Team addresses the important issues of community sustainability and resilience. With consumers and prosumers using more electronic platforms to trade surplus electricity from rooftop solar panels, share a storage battery, or use smart gadgets that manage load and self-generation, the grid's edge is becoming crowded. In this chapter the IEE's Smart Grid Team of Professor Kevin Jones, Flora Wenhui Ji, Erin Bennett, and Borna Kazerooni examine how communities can go beyond the benefits of community solar and how community energy leaders in California, New York and Massachusetts are employing community choice aggregation to reduce their communities carbon footprints and to improve energy resilience.

​THE DISTRIBUTED UTILITY: CONFLICTS AND OPPORTUNITIES​

The economic and institutional Foundations of the Paris agreement on climate change: The Political Economy of Roadmaps to a Sustainable electricity future

​​​A January 2016 analysis by Mark Cooper, senior fellow for economic analysis at the Institute for Energy and the Environment at Vermont Law School. ​Download the analysis here​.

​Woody Biomass: The Path Toward a Sustainable Use of Vermont’s Forests​

​This August 2015 report ​points to sustainable paths regarding the potential increase in the use of woody biomass for electricity, and suggests policies to be adopted by Vermont to ensure long-term forest health and productivity. ​

POWER SHIFT: THE DEPLOYMENT OF A 21ST CENTURY ELECTRICITY SECTOR AND THE NUCLEAR WAR TO STOP IT

​​​A June 2015 report by Mark Cooper, senior fellow for economic analysis at the Institute for Energy and the Environment at Vermont Law School. ​Download the report here​.

​​Kevin B. Jones, PhD, Sylvia J.S. Bartell, Daniel Nugent, Jonathan Hart, and Achyut Shresthat, Fordham Urban Law Journal, October 2014 (Vol. XLI, No. 5) from the Symposium "Smart Law for Smart Cities:  Regulation, Technology, and the Future of Cities."  According to the Symposium Book's Introduction, in this article IEE faculty, JD and MERL student researchers "understand the importance of highlighting successful projects and innovations, grounding the dialogue in real models of confronting and overcoming legal challenges.  Indeed, understanding how technically complex infrastructure works proves incredibly useful in tandem with recommendations for legal change."  The authors "show that clean energy use in cities not only is theoretically possible but also is happening right now."

Energy Costs and Bur​dens in Vermont: Burdensome for Whom?

A report by the IEE's Energy Justice and Security Project for the Vermont Low Income Trust for Electricity, Inc.

Twenty-one students from the IEE's Smart Grid Project contributed to this important book which according to former FERC Chairman Jon Wellinghoff, "describes and examines policies and technologies that will enable distributed resources - including efficiency, demand response, distributed generation, and electric vehicles - to transform our energy future.  This book offers a realistic path to that future and real progress toward mitigating the impacts of climate change."

The Future of Electric Power Transmission

​Jonathan Blansfield ('14) and Kevin B. Jones in Distributed Generation and its Implications for the Utility Industry, Edited by Fereidoon P. Sioshansi, Academic Press, 2014.

In a chapter of this book, two members of the Smart Grid Project present three case studies from California, Arizona and Vermont, examining the relationship of increased distributed energy resource adoption and the evolving electric utility

The IEE collaborated on this guide with Lawrence Berkeley National Laboratory and published in December of 2012.  Often, regulatory commissions confront and must resolve two competing policy imperatives: (1) the need to facilitate access to customer data for energy efficiency purposes while (2) safeguarding customer privacy and providing consumer protections in connection with unwanted uses of data. This report informs state regulators about issues and policy options related to providing access to customer information held by utilities that can be used to support and enhance provision of energy efficiency services and protect customer privacy. ​

A Farmer's Guide to Energy Efficiency and Renewable Energy

The Agriculture Energy Outreach Team recently published A Farmer's Guide to Energy Efficiency and Renewable Energy.  The purpose of this Guide is to introduce energy efficiency and renewable energy generation as ways for farmers to reduce their vulnerability to the volatile variable of on‐farm energy costs. This guide provides an overview of on-farm energy projects that can help reduce a farmer's overall energy use without compromising yield.  Importantly, this guide also highlights key federal incentives available to support the pursuit of these renewable energy and energy efficiency projects, explaining who is eligible and how to apply for funding.  In addition to federal resources, this guide provides useful resources and contact information to help locate technical and financial assistance in each state.

We began this research based on the assumption lack of financing stops most homeowners from improving the energy efficiency of their homes. However, after only a few interviews with Vermont lenders, the primary issue emerged: lack of demand. Without a strong reason to demand more energy efficiency, few homeowners will work through the bewilderingly complex process that leads to an outcome with unknown benefits. Vermont needs a simple, start-to-end process that includes easily accessible financing and policies that make the value of energy efficiency improvements visible to homeowners and to the market.

Long heralded as a green alternative to fossil fuel, corn-based ethanol has become a costly distraction that chiefly benefits corporate, political and lobbying interests rather than the American public, the environment, small farmers and rural communities, according to a new report by Vermont Law School’s Institute for Energy and the Environment and Food & Water Watch, a Washington, D.C.-based nonprofit. The report "Crystal Eth: America’s Crippling Addiction to Taxpayer-financed Ethanol,” finds that the Ethanol industry has received over $22 billion in government support from 1999 to 2008, and that the funds largely benefited large agribusiness companies rather than supporting smaller farmers.

The Institute for Energy and the Environment is pleased to announce a fifth White Paper in its series on Arctic Offshore hydrocarbon development. The series examines how Arctic Ocean coastal states' regulations reflect guidelines produced by the Arctic Council/PAME for offshore oil and gas activity. The IEE prepared papers on Canada and the United States in Fall 2010. In February 2011, the IEE presented the Greenland and Russian Federation White Paper to the Inuit Circumpolar Council, which commissioned the study.
White Papers:

This report is designed to assist three groups of participants in the regulatory process: (1) utility system designers and business planners, (2) regulatory commissioners and (3) the general public. It breaks down important issues concerning the regulatory context of utility- owned distributed generation PV assets and their implementation. ​

John A. Sautter and Christina Switzer, A Change in Climate? How State Regulators Are Making Decisions in Response to Global Warming, Elec. J. (forthcoming 2008).

John A. Sautter, Where Have All the Benefits Gone: Cost Allocation Toward Residential Ratepayers in Restructured Electricity Markets, 20 Elec. J. 36 (2007).