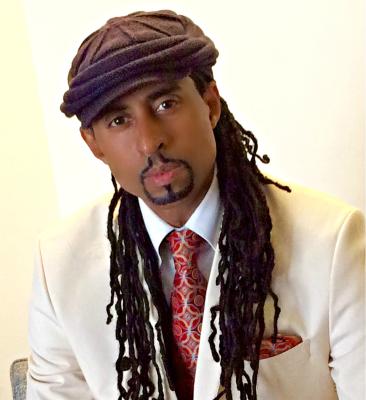 —Nationally recognized environmental justice advocate and 2018 Vermont Law School Honorary Degree recipient Mustafa Santiago Ali will speak at VLS at 3:30 p.m. Friday, May 11, in Chase Community Center. Ali’s lecture, titled “Fighting for Environmental Justice: Law, Policy, and the Voice of Communities to Create Positive Change,” is open to the public and will be streamed live at vermontlaw.edu/live.

As senior vice president for the Hip Hop Caucus, Ali specializes in social and environmental justice issues and is focused on utilizing a holistic approach to revitalize vulnerable communities.

“It is our distinct honor and privilege to welcome Mustafa Santiago Ali to Vermont Law School,” said VLS President and Dean Thomas McHenry. “A longtime leader in the environmental justice movement, Mr. Ali inspires people across the country with his commitment to creating positive change and empowering communities. We invite our Vermont neighbors to join us for Mr. Ali’s talk, during which we will learn more about the critical social and environmental justice issues that should be of concern to all Americans.”

Ali joined the Hip Hop Caucus after working for 24 years at the U.S. Environmental Protection Agency (EPA), where he most recently served as senior advisor for environmental justice and community revitalization. Throughout his career he has worked with more than 500 domestic and international communities to improve people’s lives by addressing environmental, health, and economic justice issues. Ali worked for EPA administrators beginning with William Reilly and ending with Scott Pruitt. He joined the EPA as a student and became a founding member of the EPA’s Office of Environmental Justice. He elevated environmental justice issues and worked across federal agencies to strengthen environmental justice policies, programs and initiatives. He has appeared on MSNBC, CNN, VICE, and Democracy NOW!, and has been featured in The Washington Post and GQ. Since resigning from the EPA in March 2017, he has conducted more than 150 interviews.

The 43rd Commencement Ceremonies at Vermont Law School will be held at 10 a.m. Saturday, May 12, on the South Royalton green. In addition to Ali, VLS will honor United States Senate Parliamentarian Elizabeth Coss MacDonough JD’98, the commencement speaker, and former VLS Board of Trustees Chair Christopher Dutton. For more information about commencement, visit vermontlaw.edu/commencement.