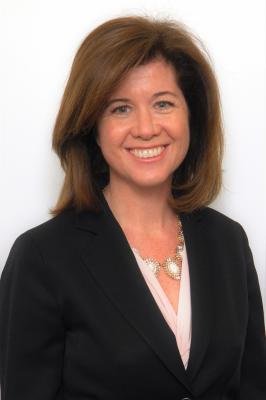 “I am pleased to announce our 2018 commencement speaker and honorary degree recipients,” McHenry said. “Many among our students, alumni, faculty and staff are inspired by their example—by Ms. MacDonough’s work advising the U.S. Senate, Mr. Ali’s environmental justice advocacy, and Mr. Dutton’s longtime support of Vermont Law School. We look forward to celebrating the Class of 2018 with our distinguished guests.”

Elizabeth MacDonough, the sixth parliamentarian of the U.S. Senate and the first woman to hold the position in either the Senate or the House of Representatives. She began her service in the Senate parliamentarian’s office as an assistant in 1999, becoming senior assistant in 2002 and parliamentarian in 2012. As parliamentarian, it is MacDonough’s responsibility to assist the vice president, senators, and congressional staff in interpreting and applying the Standing Rules of the Senate, the Constitution of the United States, federal law, and Senate precedent to the various procedures under which the Senate operates. MacDonough is a nonpartisan employee of the Senate. Prior to her work in the parliamentarian’s office, MacDonough served as an assistant district counsel for the former Department of Justice Immigration and Naturalization Service, having been selected for that position through the Attorney General’s Honor Graduate program. She is a senior fellow of the Stennis Center for Public Service Leadership. In 2017, MacDonough was named one of Washington’s 100 most powerful women by Washingtonian magazine. She holds a bachelor’s degree from George Washington University and a JD from Vermont Law School. MacDonough lives in Arlington, Va., with her Labrador retriever, Blasket.

Mustafa Santiago Ali, a renowned national speaker, policymaker, community liaison, trainer, and facilitator. As senior vice president for the Hip Hop Caucus, Ali specializes in social and environmental justice issues and is focused on utilizing a holistic approach to revitalizing vulnerable communities. He joined the Hip Hop Caucus after working for 24 years at the U.S. Environmental Protection Agency (EPA), where he most recently served as senior advisor for environmental justice and community revitalization. Throughout his career he has worked with more than 500 domestic and international communities to improve people’s lives by addressing environmental, health, and economic justice issues. Ali worked for EPA administrators beginning with William Reilly and ending with Scott Pruitt. He joined the EPA as a student and became a founding member of the EPA’s Office of Environmental Justice. He elevated environmental justice issues and worked across federal agencies to strengthen environmental justice policies, programs and initiatives. He has appeared on MSNBC, CNN, VICE, and Democracy NOW!, and has been featured in The Washington Post and GQ. Since resigning from the EPA in March 2017, he has conducted more than 150 interviews.

Christopher Dutton, former chair of the VLS Board of Trustees. Dutton joined the board in 2006 and served as chair from 2014-2017. He is the former president and chief executive officer of Colchester-based Green Mountain Power (GMP), a position he held from 1997­-2008. He served as vice president, chief financial officer and treasurer of GMP from 1995 until he was named president and chief executive officer in 1997. He was the company’s general counsel and vice president for the previous 10 years. An active member in the greater Burlington community, Dutton is the chair of the Fletcher Allen Health Care Board of Trustees, a director of the Vermont Business Roundtable, and a director of the Flynn Center for Performing Arts. He earned his law degree from Vanderbilt University and his undergraduate degree from Ohio Wesleyan University. He resides in Shelburne, Vt.

The 43rd Commencement Ceremonies at Vermont Law School will be held at 10 a.m. Saturday, May 12, on the South Royalton green. Candidates will be presented for juris doctor (JD), master of laws (LLM), and master’s degrees. For more information about commencement, visit vermontlaw.edu/commencement.