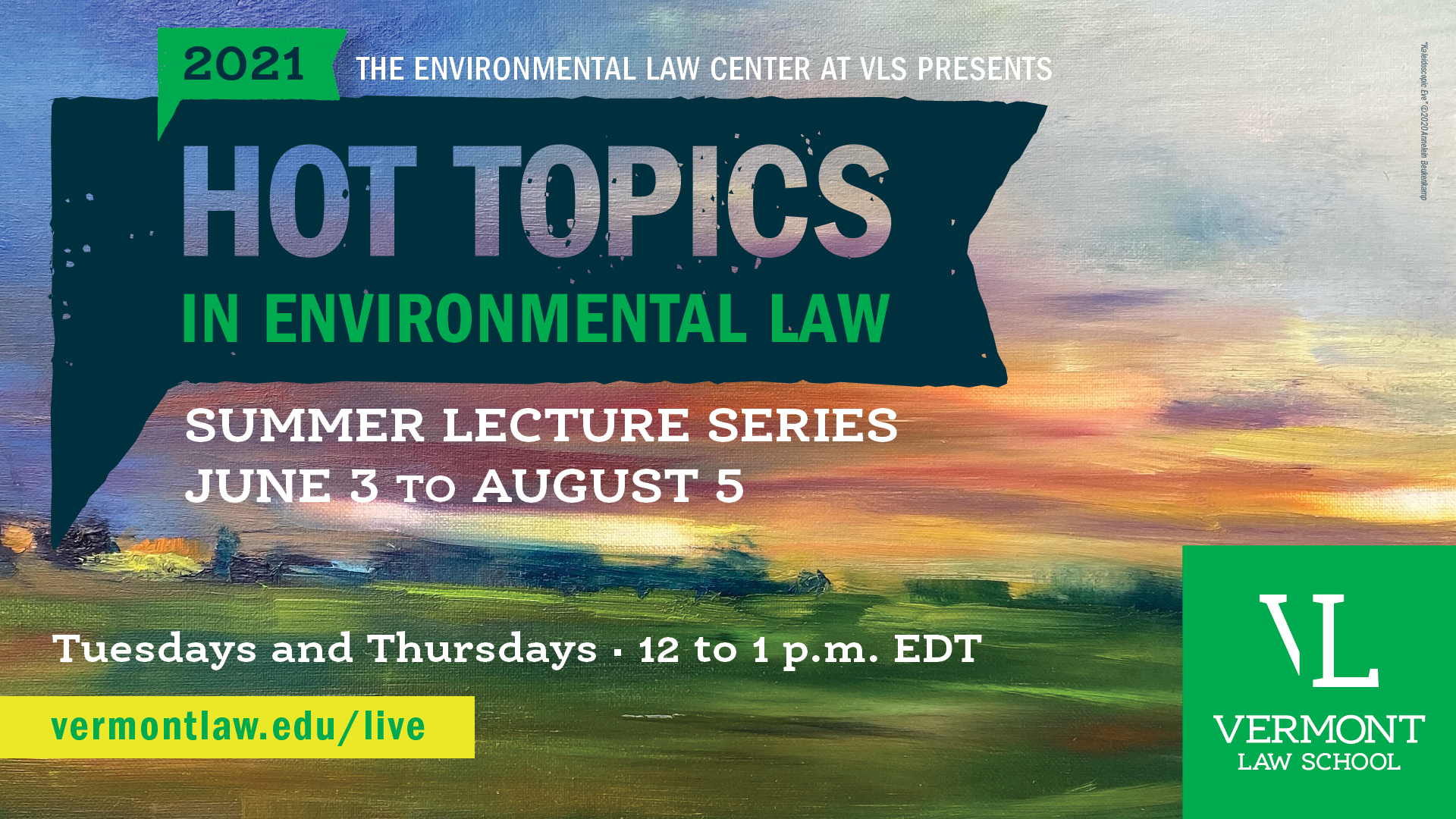 Professor Parenteau has an extensive background in environmental and natural resources law. His previous positions include Vice President for Conservation with the National Wildlife Federation in Washington, DC (1976-1984); Regional Counsel to the New England Regional Office of the EPA in Boston (1984-1987); Commissioner of the Vermont Department of Environmental Conservation (1987-1989); and Senior Counsel with the Perkins Coie law firm in Portland, Oregon (1989-1993).

Professor Parenteau has been involved in drafting, litigating, implementing, teaching, and writing about environmental law and policy for over three decades. His current focus is on confronting the profound challenges of climate change through his teaching, publishing, public speaking and litigation. Professor Parenteau is a Fulbright US Scholar and a Fellow in the American College of Environmental Lawyers. In 2005 he received the National Wildlife Federation’s Conservation Achievement Award in recognition of his contributions to wildlife conservation and environmental education. In 2016 he received the Kerry Rydberg Award for excellence in public interest environmental law.

Professor Parenteau holds a B.S. from Regis University, a J.D. from Creighton University, and an LLM in Environmental Law from the George Washington U.