The Men’s Rugby Football Club at Vermont Law School welcomes students, friends, and spouses alike to join. Rugby is a fantastic outlet, especially for students, to blow off a little steam after long days in class. No experience is needed, as many current and former players had never played the game before coming to VLS. The time commitment is minimal and the reward is great. In particular, we host the Annual Chase Rugby Tournament with the Women's Rugby Team and play at Albany Law School's tournament. The Chase Tournament is played on the VLS "pitch" each Fall and is a point of pride for the VLS community. The team travels to the Albany Tournament each Spring, and like the Chase Tournament, it is a day filled with rugby, friends, and a lot of fun. If you have any questions, feel free to contact us.

We hope to see you on the pitch with us soon! 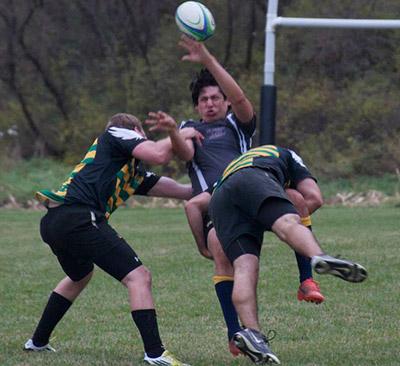