This campus and community is a playground for everyone from the competitive to the recreational student-athlete.

Our new indoor fitness center opened in February 2013. The 4,100-foot, one-story building includes a spinning and yoga studio, as well as an exercise room with a mix of free weights as well as cardiovascular and weight training machines, including new treadmills, ellipticals, and bikes for spinning. The facilities also include men's and women's locker rooms with showers and restrooms, and storage for yoga mats and clothing. Students lead yoga, spinning, and other classes at the Fitness Center throughout the year. 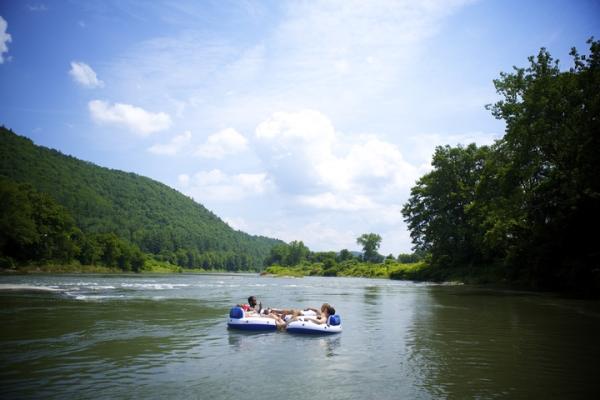 South Royalton and the surrounding community offer a wide range of outdoor recreation activities. On hot summer days, students routinely swim and float on inner-tubes along the White River, which adjoins campus. There are a wide range of running, mountain biking, and road biking routes from campus, as well as lakes and ponds for swimming within a short drive. In the winter months, students can access some of the best downhill ski and snowboard resorts in the East (including Killington, Okemo, Stowe, Sugarbush, and Burke), as world-class cross-country skiing (e.g., Craftsbury, Strafford, and Dartmouth. Other year-round activities include hiking along the Appalachian Trail, Long Trail, and Catamount Trail.

Vermont Law School students also compete on the intercollegiate level in rugby, basketball, and Ultimate Frisbee, and on an intramural basis, or with other schools, in ice hockey, volleyball, and soccer.