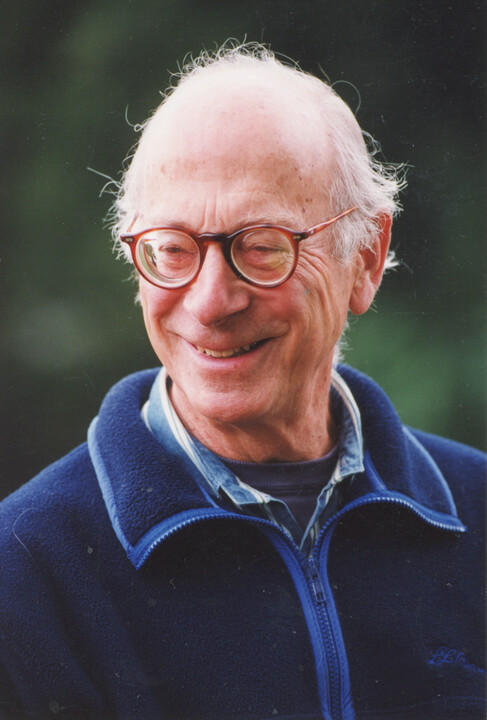 It is with great sadness that I inform you of the passing of former Dean Maximilian W. Kempner.

Dean Kempner led VLS from 1991 to 1996, and his tenure was marked by transformational growth and progress that continue to benefit our community to this day.

His many accomplishments include greatly expanded opportunities for women on the faculty and staff, the development of multiple study-abroad and international exchange programs, a 400-percent increase in the endowment, the initiation of a campus-wide master plan, launch of the First Nations Environmental Law program, and establishment of a loan repayment program that encouraged graduates to seek public-sector jobs.

Dean Kempner also dedicated significant time and effort to building relationships within the South Royalton community. He was so successful in this endeavor that in 1996 the editor of The Herald wrote that "Both in public and private, Dean Kempner has proven such an exquisite gentleman, so devoted to civility and earnest discourse, so faithful to the public ideals of his profession, that his leadership has elevated the VLS community."

Dean Kempner’s accomplishments outside of VLS were as deep, varied and impactful as they were on campus.

After escaping Nazi Germany with his family in 1938, Dean Kempner became a U.S. citizen and served the U.S. Army in Germany. He earned degrees at Harvard College, Harvard Law School and Columbia Law School, where he later taught as an adjunct professor.

During his career he practiced law in New York and chaired several entities, including the Section of Legal Education of the American Bar Association, the Supreme Court Fellows Commission, the Vermont board of the Conservation Law Foundation, and the Vermont Legislative Reapportionment Commission.

In perhaps the most fitting tribute to the example set by Dean Kempner, each year we bestow the Maximilian W. Kempner Award to the student who exemplifies the high standards that characterized his tenure: competence, integrity, respect, fair mindedness, and public service.

Memorial arrangements will be shared with the VLS community if and when they are announced. Please see his official obituary for instructions on how to plant a memorial tree in his honor.

This tribute page has been established so that members of the greater VLS community can share their thoughts and memories of Dean Kempner.

Our thoughts and prayers are with Dean Kempner’s family. His tremendous contributions to the VLS community will not be forgotten.

In honor of former Vermont Law School Dean Maximilian Kempner, we ask alumni, faculty, staff, and others to share tributes to Dean Kempner's contributions to VLS.

***
Marc Mihaly:
"Max was a great mentor to me when I became dean, seeking me out, taking me to lunch, treating me with such empathy and kindness. He and Paige rented their Vermont house in Royalton to us, and I spent many lovely evenings with these two inspiring and lovely people. I miss you Max."

***
Genie Shields:
"I remember wonderful dinners with Max and Paige, both at their home a stone’s throw from the law school, and at Jeff’s and my Guilford farm. They sometimes stayed with us when down for a weekend of music at Marlboro. Dinners were lively; Max often started spirited conversation by offering a poem for us to consider. Guests were diverse—he loved putting together groups of people with wildly different lives and listen while they shared their ideas. He nurtured and relished conversation. But no matter how vigorous the discussions, Max was always gentle, supportive, self effacing. And his eyes twinkled. I loved him."

***
John Danehey:
"It is sad to hear this news. He was a great Dean for VLS. I remember him wearing his ushanka hat around the campus during winter and inviting the students to his house for a winter party. He was truly a good person. Thoughts and prayers to family at this time for him and Paige."

***
John Dumville:
"I was sad to learn of Max's passing. He and Paige were active members of the Royalton community. Paige was on the board of the town library and Max always had a welcoming smile and engaging conversation. The both worked to bring the Vermont Law School and the Town of Royalton together."

***
David Carpenter:
"I attended VLS during Dean Kempner's administration, and found him to be a very kind and thoughtful man. He will be missed by all who knew him I am sure."

***
Leslie (Staudinger) Sullivan Sachs:
"My earliest memory of Max was at a dinner welcoming him as Dean, for faculty and staff. He captivated us with the story of his escape from Nazi Germany and his journey to the U.S. He inspired us with his vision of education and justice. Max was not only a good story teller, he was a good listener. Even when we didn’t agree, I always felt heard. In large part, Max is the reason I moved “across the street,” leaving my beloved ELC after ten years to become Director of Alumni Affairs. “We’ve got fund raisers. We need you, a Friend raiser,” was his pitch, eyes twinkling. He made traveling the country to visit alumni fun. He was vibrant, a brisk walker, hiker and cross country skier. I’ll always remember him smiling, face to the wind."

***
Alexander Lee:
"In life, one gets to meet a few remarkable people. As a law student, after asking Max how old he was in the middle of my Nonprofit Law class and thus discovering that he graduated from Milton Academy with my uncle, who I never got to meet, I developed a bond with this amazing fellow (My uncle, like three of his classmates, died in the Korean Conflict in 1952).

At graduation, I won an award named for Maximilian W. Kempner—already the former Dean when I was at VLS. It was an award for ethics.

After I graduated, Chief Justice Amestoy had named Max as the nonpartisan chair of the Vermont Legislative Apportionment Board. I was already working for Secretary of State Markowitz (on nonprofit forms) and I transitioned into being the grunt for that committee, allowing me to work further with this beautiful man, who was married to an excellent woman, and lived in a gorgeous home “on the way to Thetford.”

The Earth was blessed to have you, sir. People who read your obit will marvel at your life story. You were truly a blessing for all whose lives you touched."

***
Eric Broadway:
"I will be forever grateful to Dean Kempner and the VLS staff for blessing me with the 'Dean's Award.' He demonstrated an unusual grace during our graduation, and truly surprised me and my family. He was obviously paying attention, when I thought no one cared. VLS was well served during his stewardship. May God bless Dean Kempner and his family."

***
Ellen Swain:
"Max was simply one of the best people I have ever known. He was kind and welcoming and graciously took me under his wing and became a trusted and beloved mentor and friend to me. When I introduced him to one of my friends, she said, 'Max is the kind of person who makes you feel good about humanity.'”

***
Theresa Johnson:
"Dean Kempner was just leaving Vermont Law School as I was arriving in 1997. I did not work with him directly, but I talked with him on regular occasions. He always, always, always met me with a friendly smile, a warm hello, and a genuine 'how are you?' inquiry. And he did so every time I saw him in the years following, asking about my family and in particular my mother Fran, with whom he and Paige shared a wonderful friendship. I am thankful for the opportunity I had to speak with him just a few short weeks ago. Max was a true gentleman to the core and a wonderful man. I missed him when he left VLS and I will remember him fondly always."

***
Betsy Baker:
"When I first moved to VLS, Frank Sander told me to be sure to look up Max. Of course, Max reached out to me first and from that point on he and Paige welcomed me into what became a life-long friendship. Many shared meals and conversations in their hilltop home just minutes from VLS opened my heart and mind to the big questions in life and the small treasures. His career was an exemplar of service to the greater good, counseling (among others) philanthropies, musical programs, environmental organizations and, yes, law students... Having lived in Germany for a dozen years before meeting Max, we shared that bond and his stories and wisdom deepened my understanding of that history. Generous, kind, encouraging, curious, engaged and always listening, Max was a devoted father, grandfather, sibling, husband, and friend. Max and his bright spirit will be missed by all who came to know him well."

***
James May:
"With profound knowledge, a twinkle in his eye and love in his heart, Max guided Vermont Law School through one of its most memorable periods of growth. He was an excellent dean and wise mentor to me as a faculty member and program director, always encouraging and always ready to question my assumptions. His positive attitude and warmth left an indelible mark on me and all who knew him. I miss Max and Paige. In 2008 I had the honor to record a video interview of Max at the request of the Clinical Legal Education Oral History Project; a segment of it was shown at the 40th anniversary dinner of the Council on Legal Education for Professional Responsibility (CLEPR) at the Association of American Law Schools (AALS) annual meeting in San Diego in January 2009. Max was interviewed because his work on the board of CLEPR in concert with the Ford Foundation made him one of the founders of American clinical legal education. His commitment to the goals of having American (and Canadian) law schools teach professional responsibility and practice skills shine through every page of the transcript; his reminiscences of some of his co-founders, such as William Pincus, Orison Marden, Whitney North Seymour, and Florence Kelly, are memorable. Max was a keen observer, a hard worker who gave back tirelessly to his profession, and a great soul."

***
Donald Fox:
"In his 50th anniversary report to the Harvard College Class of 1951, Max reported that he was "reorganizing his time ... the process of living is becoming more important than the results achieved." Nevertheless, Max accepted the deanship and led to great advancements in clinical legal education and the teaching of professional responsibility. Remaining a practicing lawyer, I helped implement clinical education at NYU and chaired the Professional Responsibility Committee of the NYCBA. For the benefit of Vermont, Max accomplished much more without slighting the finer aspects of living. As a remarkable person and great lawyer, he will long be remembered."