Tamara Toles O'Laughlin JD/MELP'09 commenced her role as North American director for 350.org by orchestrating the largest-ever coordinated series of events on climate: the national climate strikes on September 20, 2019. 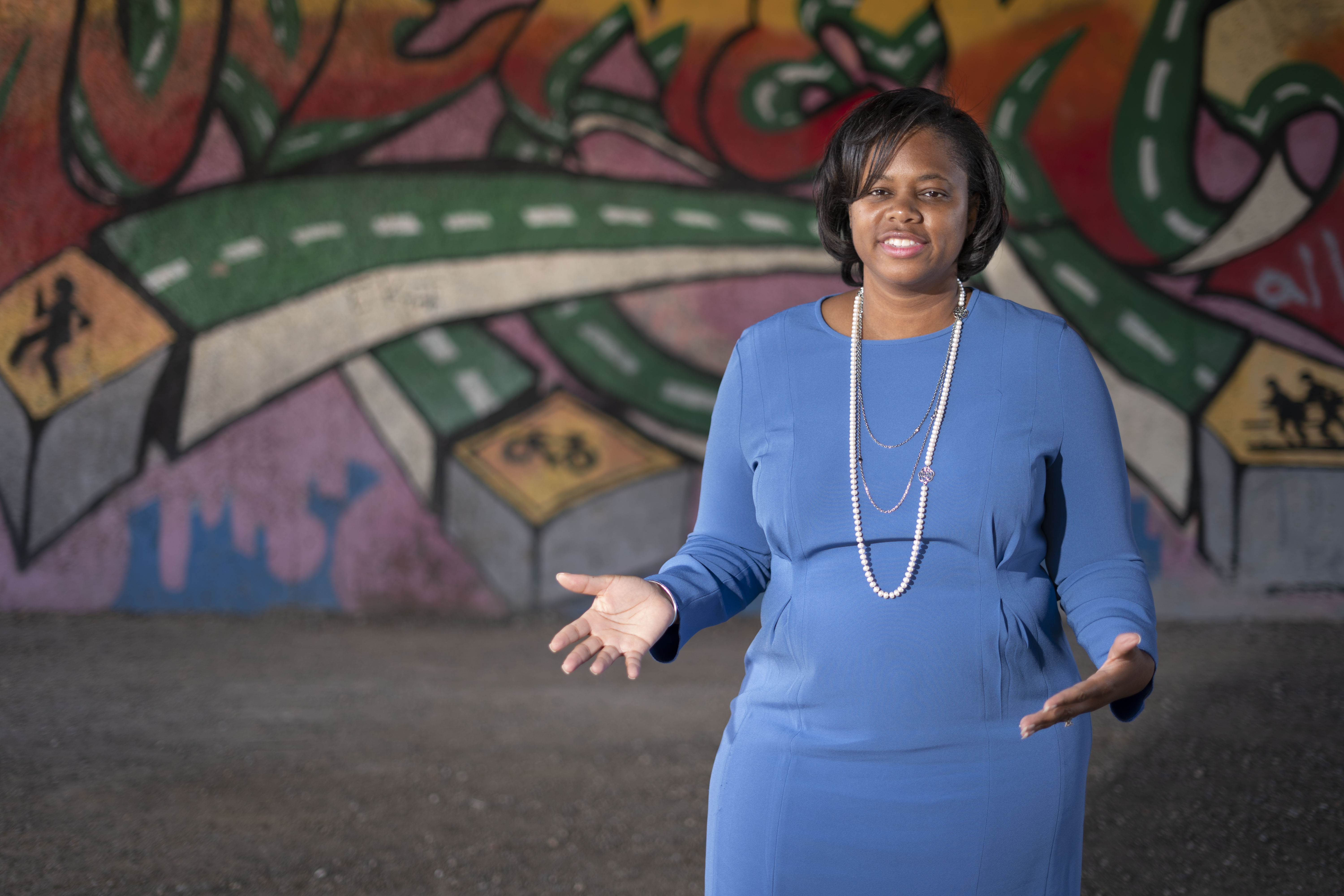 If anyone was poised to take on a task of this magnitude, it was Toles O'Laughlin. After graduating from Vermont Law School, Toles O'Laughlin interned for "every environmental organization possible" and then made a name for herself as executive director of the Maryland Environmental Health Network. There, she was the chief architect of the Baltimore Climate Resolution, which unanimously passed the city council after U.S. withdrawal from the Paris Agreement. She has served on and led several environmental boards, including six years at the D.C. chapter of EcoWomen. And she has a network of VLS alumni to tap into. In short, after 21 years in meaningful environmental advocacy, she was up for the challenge.

At 350.org, Toles O'Laughlin got right to work, leading all teams in the United States and Canada, and acting as the liaison to global teams supporting strikes in 185 countries. The result? More than 7.6 million people participated in more than 6,100 events on September 20 and, during the week that followed, another 6,000 events led by members of 350's local networks in the United States. Before the week of action, Toles O'Laughlin pushed for even more social change. She made inclusivity a priority for her teams—multigenerational, multiracial, multi-able-bodied. She asked her teams to suggest people of color for interviews and to pitch stories to ethnic media outlets. She asked for more opportunities for people who couldn't risk getting arrested or walking out of school. She asked that events be accessible.

"Being excluded from making decisions and then having those same decisions impact your health, well-being, and right to thrive—it's the same thing whether you're talking about meat-packing, insecticides, and so on," noted Toles O'Laughlin. "If you exclude the people who are most likely to be harmed, you can conduct business a lot faster."

The week of action will likely go down in history as one of the biggest moments in facing climate change; and importantly, people from all demographics participated in paving the way toward lasting change.
"Mobilizing, striking—it was amazing—and creates conditions for more work to happen," Toles O'Laughlin said. "It emboldens legislators to write more aggressive and more courageous bills. We saw folks who are willing to push at the state and federal level, and the most engaged group of voters ever seen. We have elders who have hope: they feel like they can leave the planet in peace because it's in good hands."

This article was originally published in the Winter 2020 edition of Loquitur and was written by Sky Barsch. Photo by Jay Mallin. Tamara has moved on from this role and is now President and CEO of the Environmental Grantmakers Association