Everyone is feeling something. The uplifted weight of the false and negative rhetoric that now lies in defeat. It is a sigh of slight relief and air of hope. 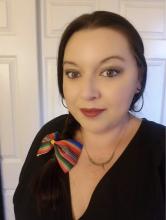 I, like so many others, did my due diligence and voted because it was the most critical election I can remember during my lifetime. The culmination of burdens, injustices, struggles, fears and so much more that many of us have been carrying, gave rise to this moment.

I didn’t mind the media following the results. I wasn’t ready to relive the emotions of the morning after election night 2016. That time of year was a heavy one. It still is in so many ways. And I was truly afraid of a repeat. So I stayed waiting in the shadows to hear if something good would come out of 2020.

It wasn’t until the weekend following the results that I waited until Sunday morning to watch the speeches from the President elect and his Vice President candidate. Neither was my first choice, but I felt like I could breathe with that news.

As I continued to watch both declared winners speak, the random bursts of soft tears kept falling in between, because regardless of my opinions on the candidates, for the first time in four years, I felt hopeful. That hope that had been missing was somewhat restored in that moment. I also noticed the collective, the power of coming together, as I saw the sea of American flags waving in the crowds. Not the divisive, hateful propaganda, in particular the constant reminder that a job title matters more than a life. Seeing that togetherness brought thoughts of my dad, an immigrant, who loved this country for those reasons, those moments, those hopes and dreams he had coming here and that he instilled in me.

As I watched the speeches, I wasn’t prepared for what came next. The worry and concern, struggling with the idea that someone who perpetuated more harm than reformation, is now in a more powerful position to either mirror their record or rectify it. I say this with some authority. And many communities where I come from can speak to this.

The newly Vice-President elect’s leadership continues to reflect many firsts, just as she was in my home state. Representing change and progress, something illustrious to see in our lifetime. However, when you have experienced the very real disparate outcomes of her decisions, and the injustices she contributed to and preserved because that was “a part of the job”, you wonder if she will carry that same torch of injustice into her new role.

I reflect on this moment as I am curious to what happens next. Particularly in light of the camaraderie and collective response to George Floyd, Breonna Taylor and Ahmaud Abery. As someone directly affected by those same crimes, those traumas that continue to plague and harm our communities, how can you put trust into someone who did not hold their own accountable as California’s former “top cop”?

Her stand on issues of accountability, reformation of an injustice system and how they are handled is more critical than the impressiveness of being the “first but not the last”.

At this moment in time, all I can do is move forward in hope. The same hope that keeps that fighting spirit alive, like those who have come before, those we have seen in the streets this past year, and those who will come after. Because collectively, we may be the first in a very long time, but definitely not the last.

Karla Barron is a graduate student at Vermont Law School pursuing a Master of Arts in Restorative Justice and is the sister of Mauricio Barron killed by California Highway Patrol in October 2016. #justiceformauricio