When Beth McCormack was named interim president and dean by the VLS Board of Trustees on January 23, she became the first woman to hold that position in the school’s history. A VLS faculty member since 2011 and a veteran of multiple administrative roles, including serving as vice dean for students, McCormack has been tasked with leading the school through the development and early-stage implementation of a strategic plan that will better prepare it for the future. Loquitur recently talked with Dean McCormack about her path to becoming the interim president and dean, what it means to her to be the first woman in the role, and what she hopes to accomplish. 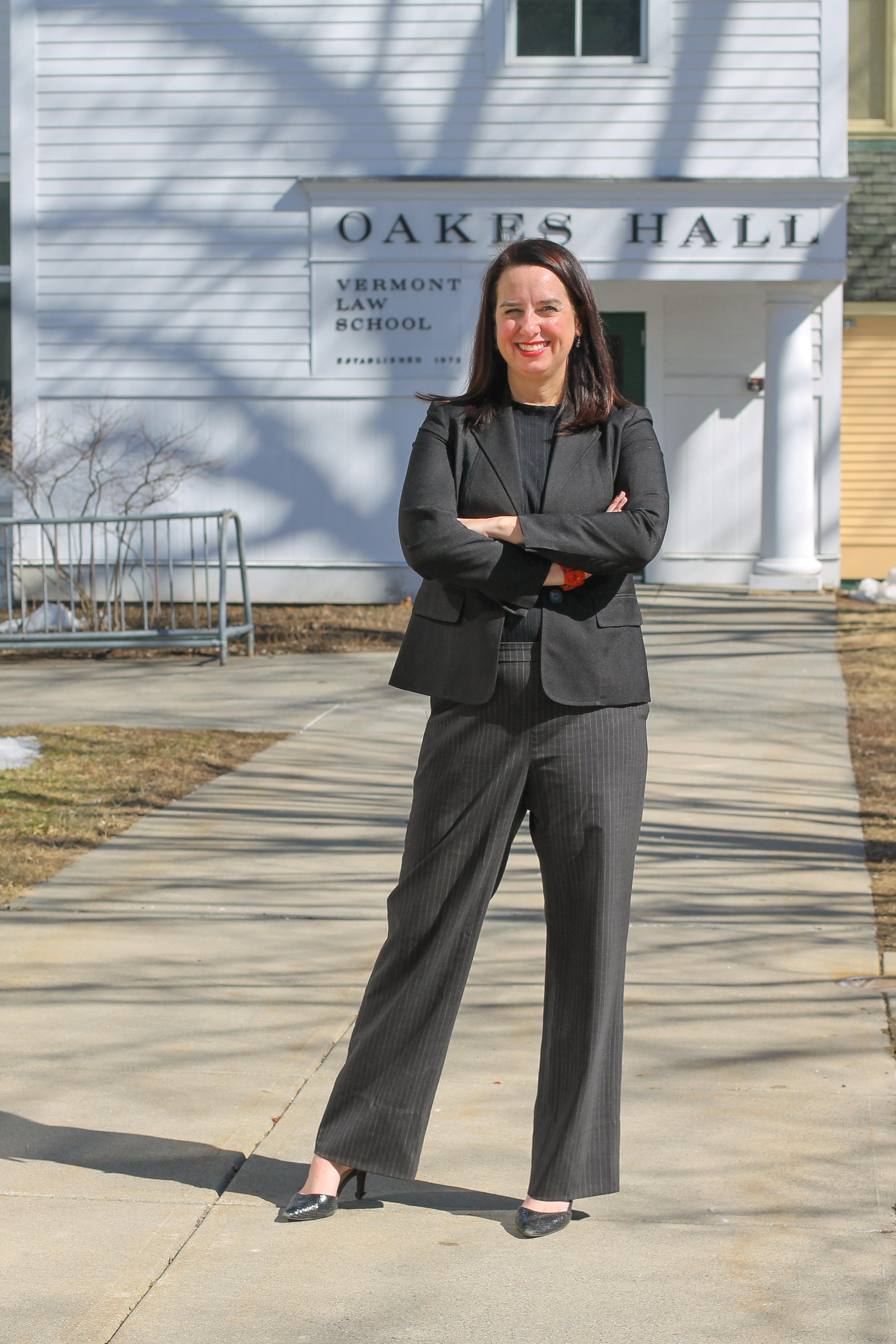 Where did you grow up and what did you want to be when you were little?

I grew up in Providence, Rhode Island, and I wanted to be either the president of the United States or a Rockette. For a while, I wanted to be a nun too because my mother was a nun before she got married. She eventually became a teacher and that was always an inspiration for me. After she died, I got a letter from the mayor of Providence, who she taught in seventh grade, saying that he still remembered her helping him when he was a student. I keep that letter in a frame in my office. I was also really into the debate team in high school, and won a state championship in it. From that experience, a lot of people told me I should be a lawyer, but I never knew any lawyers growing up. My dad was in construction, so I didn’t have a sense of what the job would be like.

When you came to VLS in 2011, you made the change from being a Boston-based litigator, to a full-time law school professor. Why?

I just wanted a different lifestyle. I learned a lot at my law firm over those ten years and had a lot of great mentors, but I just didn’t feel like it was meaningful work. I was an adjunct at Boston University School of Law and as I thought more about it, I realized that it was my favorite part of my job. I would always feel so good after teaching a class. It was the best part of my week. You are from Providence and went to school in Boston.

What was it like to move to rural Vermont?

Terrifying. In fact, I moved the week Tropical Storm Irene hit Vermont. I just couldn’t believe that I had to drive to get my mail, I didn’t know anyone, and I didn’t even know how to figure out that the school was closed. It was a massive, massive change. I do think, though, that Irene was really reaffirming because of how the community came together in a way that I had never experienced before.

What do you do for fun?

I’m a relatively new mountain biker, and I love to ski. I cross country, downhill, and like to skin too. I started skinning in the morning before work because it just puts me in the right position for the day. One of my weaknesses is being a workaholic, so committing to do that a couple times a week is a way to stay balanced. I’m also a huge Red Sox fan, and was a season ticket holder from 2004 until last year when I had to let the tickets go.

What motivates you, personally and professionally?

I spend hours and hours getting my PowerPoints just right and thinking about ways to present certain material. I don’t feel like that is work, it’s just so much fun. I really love helping students and coaching moot court. I don’t have my own children so mentoring students and helping them is how I spend time that other adults with children spend raising their kids.

How has COVID impacted you personally?

I vividly remember putting up “cover your mouth when you cough signs,” foolishly thinking that was all that it was going to take to beat this thing. And I remember that first training session on [Microsoft] Teams. It was a disaster and I thought this whole thing was going to be a disaster. It’s been a challenge to figure out how to present material and stay connected to students, but it has all worked relatively well. Personally, I live alone, so all these multi-household gathering rules have been hard for someone like me.

What does it mean to you to be the first female president and dean?

It’s shocking to me that at a school like ours, it has been all-white male deans. I feel like it’s about time. Hearing from students that I’m a role model for them, that’s meant everything to me. That’s what I was missing as a litigator.

What do you hope to accomplish as interim president and dean?

I want to help put the school on a more sustainable path and create stability as we emerge from this global pandemic and embark on a new strategic direction. That’s why I thought I was right for this moment. It’s been a difficult past few years at the school and I know students trust me and I want to be a source of stability for them as we move on to our next, great phase.