Welcome to EJ Clinic Conversations, a series in which Environmental Justice Clinic student teams interview clients and partners from across the country. Today's post features Ben Eaton, President of Black Belt Citizens Fighting for Health and Justice and Perry County Commissioner in Alabama.

Take a trip down US Route 80 in Central Alabama, and you’re not likely to find justice, splendor, or prosperity. But in this rural area of Alabama, called the Black Belt, you will find a majority Black population that often strives to live by the values of duty, steadfastness, and faith. For many generations, the Black residents of this region have been subject to successive forms of racism, including the powerful legacy of slavery, sharecropping, and continued racial inequalities including environmental injustice.

Uniontown, Alabama is in the heart of the Black Belt. The population of Uniontown is approximately 90 percent Black and has a median household income of $14,594, which is nearly three times lower than the average across Alabama. In recent years the town’s only grocery store shut down. On top of all of this, the community is dealing with two significant sources of pollution, an aging municipal sewer system, and a large landfill that also accepts toxic coal ash. The small town is also home to a cheese plant, which contributes to air and water pollution downtown, and a catfish plant.

The municipal water system is old and relies on open sprayfields. Sewage is collected in a large cesspool and then sprayed out of sprinklers onto a field, where waste builds up and has been discharging into a nearby creek for years. Failures in the system have caused routine permit violations and noxious smells. In addition, Uniontown residents are exposed to odors from Arrowhead Landfill, which sits just outside the town boundary and stores 4 million tons of coal ash. This coal ash contains toxic substances that attack and can cause disease in multiple organs in the human body. The odor can often be smelled by visitors to a historic Black cemetery that sits on the western border of the landfill. These environmental insults place a disproportionate burden on community residents, affecting their health, lives, and livelihoods.

As captured in a video released by Now This in 2017, residents of Uniontown value their small community for many reasons:  the love they share for one another, their heritage in the heart of the civil rights movement, their faith, and the green plains in this region matched with the peacefulness of their rural lifestyle. Director Fraser Jones also recently released a documentary on the spirit and resiliency of residents.

We spoke with Ben Eaton, who knows something about the cost of environmental injustice in Uniontown. Ben is the President of Black Belt Citizens Fighting for Health and Justice, serves as County Commissioner for Perry County District 5, and has a background as an educator. So, to find out how the Black Lives Matter (BLM) and the Environmental Justice Movements might intersect in Uniontown, we asked Ben.

Ben’s views on environmental justice (EJ) drill down on the concept of justice. He told us that “the key part injustice is ‘just’ and according to the bible, just is truthful and not bias,” meaning that justice is the true form of freedom and that every person should be free to live.

“All of us are a part of BLM, it’s time to speak up against racism, it shouldn’t have come to this. We all bleed the same, we all breathe the same, it’s just that some of us are not treated the same.”
— Ben Eaton

Ben saw both the fight for environmental justice and the movement for Black lives as having long roots. They both demand that we all participate. "All of us are a part of BLM, it’s time to speak up against racism, it shouldn’t have come to this. We all bleed the same, we all breathe the same, it’s just that some of us are not treated the same. This is a way to get it out there that [what] we do matter[s]."

In fact, Ben has done just that: for years he has tenaciously followed decisions by the City Council, the County Commission, and the state environmental agency that affect the future of Uniontown, even bringing his video recorder to meetings to hold officials accountable. He ran for County Commission and now sits on the Commission, again with the goals of pursuing justice and trying to improve the health and welfare of the community.

Environmental Justice and the BLM Movement

As Ben suggests, the EJ and BLM movements aren’t entirely new, but they are getting the word out and have new names. Ben said that he had been a part of this movement long before either movement had a name. He noted that recent efforts are a continuation of something that should have been done years and years ago, but it has just now come to light for the younger generation. As Ben says in his speeches, “Our lives begin to end the day we become silent about the things that matter.”

Both BLM and EJ are about freedom. Ben said it clearly, “Freedom from discrimination, it's about freedom.” Furthermore, people have a right to freedom from the burdens and cost of pollution, and that they have a right to fight against it. Ben says that “We have the right to believe in what is being done (to fight these injustices) and I do.” Notably, Ben and three other board members of Black Belt Citizens were sued by the landfill a few years ago for speaking out against the harmful impacts of the landfill and, particularly, coal ash, on their community.  Though the landfill withdrew the suit, Ben and others knew that this kind of suit is intended to stop community members from keeping up the fight. Although the nation has celebrated the 50th Anniversary of the Selma to Montgomery march and recently mourned the death of civil rights leader and Congressman John Lewis, the civil rights movement hasn’t ended and the fight continues today.

From Ben’s words we can see that the modern fights have been ongoing, and that they have never left us. Ben and others have and continue to represent their communities and fight against the systemic racism that exist throughout the country. Their words are even more critical for the younger generation to hear as they begin their fight against injustice.

Advice for the Next Generation

For young people joining these movements, Ben warns them to be ready for a long fight. He implores young people to remember that “Patience is a virtue. Consistency is a virtue. We have to keep going and to keep many good things in mind.” Ben also encourages us to keep these words from Dr. Martin Luther King in mind, “We are not in this situation because of bad people, we are in this situation because good people will not stand up.”

In the end, Ben hopes to see injustice vanquished from this earth within his lifetime. He also hopes to see the great economic growth that other nearby communities have seen over recent years.That everyone involved in the BLM and EJ movements not fight for individual reasons, nor to be selfish. But to be generous and do good for their communities. Ben relies on faith, not hope to see this goal achieved, the same faith that has guided him through his life and led him to find a home and peace in Uniontown. As he said: “I wanted peace, but if these are the things God has sent me to do to have that peace, then so be it.” Ben’s thoughts about how Uniontown, Black Belt Citizens, BLM, and EJ movements fight for justice, freedom and peace invoke the duty, steadfastness, and faith of the Black community in the Black Belt and throughout this country as they fight racism and injustice.

Ben’s words had a strong impact on us and we wanted to thank him for taking the time to share his thoughts with us and the readers of the blog.

For more information on Black Belt Citizens visit: http://blackbeltcitizens.org/our-info/ and for a recent documentary on the fight for environmental justice in Uniontown, visit http://www.fraserjones.tv/uniontown. 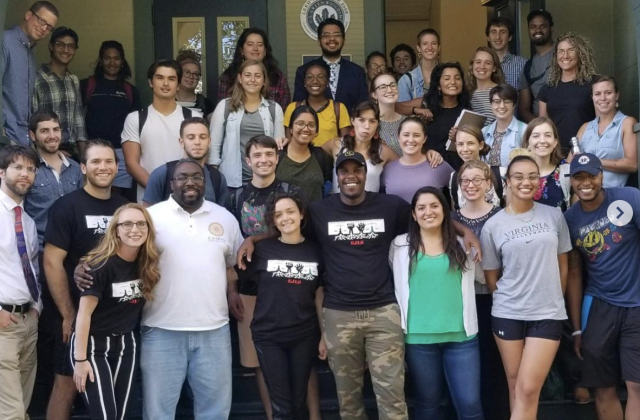 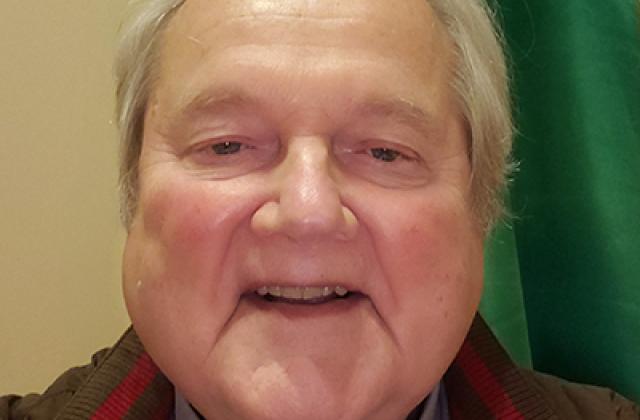 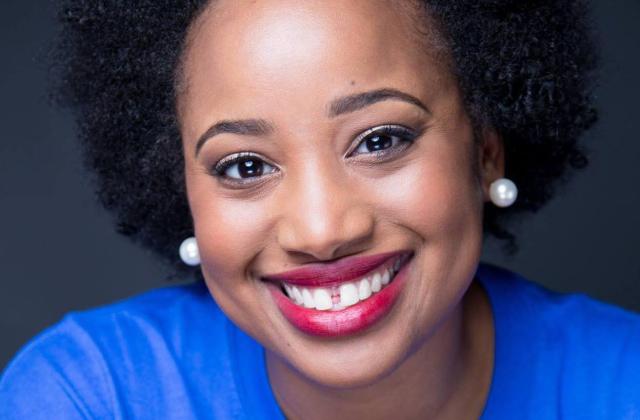 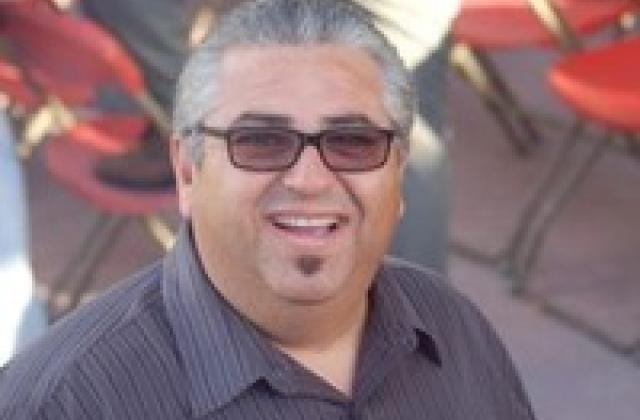 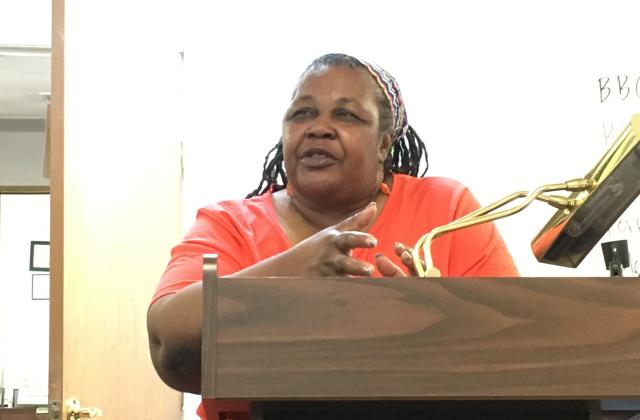