In 1970, President Richard Nixon appointed Judge Oakes to the United States District Court for the District of Vermont, where he served but one year until May of 1971. In May, President Nixon elevated him the United States Court of Appeals, Second Circuit. In January of 1989, he was appointed Chief Judge of the Second Circuit. He stepped down as Chief Judge in 1992, but remained on the Court under Senior Judge status until he retired in January of 2007. The closing of his office on Pearl Street in New York in January of 2007 ended a nearly 37-year career as judge.

The Papers of the Honorable Judge James L. Oakes

In January 2007, Judge James L. Oakes donated to Vermont Law School a collection of his papers dealing with environmental issues as well as cases deemed noteworthy by Judge Oakes and several of his law clerks. The papers are held in the archives of the Julien and Virginia Cornell Library at Vermont Law & Graduate School.

Download a copy of the Complete Guide to the Papers of the Honorable Judge James L. Oakes.

Questions about this collection can be directed to the Reference & Academic Outreach Librarian. 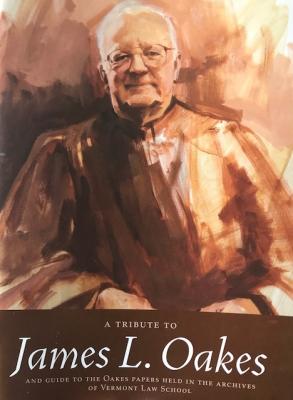